Carve your legacy, Evokes curiosity resolved many of the honourifics, and postnomial letters.  However what did F.I.A.L., and For.Dip.Cantab. mean?  That was the curiouser, and curioser poser.

At first glance, and knowing the history of Richard Edward St. Barbe Baker, the founder of the International organization “Men of the Trees” now known as the “International Tree Foundation” it first appeared that it may have something to do with forestry, an honour or a group. However….

“Unless someone like you cares a whole awful lot, nothing is going to get better.
It’s not.”– Dr. Seuss

A letter arrived from Dawn at the Saskatoon Public Library “Ask Us” reference service resolving the conundrum.

Now then, according to The Trustees of the San Luigi Charitable Trust, “The Institute of Arts and Letters, London, is a small and exclusive learned society, based in England’s capital but with an international membership, devoted to the study of the arts and letters in their broadest sense, and to the promotion of humanitarian and philanthropic endeavour.”

Fellows of the Institute are limited to a 50-member honour society, who remain elected for life, and may attach the postnomial letters F.I.A.L. An existing fellow, puts forward an exemplary candidate, and this nomination goes before the society in a peer review.

If one was to speak of an agile mind, the concept of having a quick resourceful and adaptable character would come to the forefront. 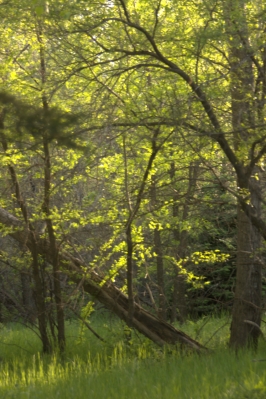 Further to this the staff at the Saskatoon Public Library discovered that in regards to the abbreviations ~ “For. Dip. Cantab.” that the abbreviation Cantab. stands for Cambridge University. And then the “Who’s Who” Almanac, again confirmed this abbreviation with the definition “Forestry Diploma, Cantab., 1920”.

There has been historically the Alumni Cantabrigienses: A Biographical List of All Known Students, Graduates and Holders of Office at the University of Cambridge, from the Earliest Times to 1900 is a biographical register of former members of the University of Cambridge which was edited by John Venn (1834–1923) and his son John Archibald Venn (1883–1958) and published by Cambridge University Press in ten volumes between 1922 and 1953.  However, it ends at 1900, and Richard St. Barbe Baker graduated 1920.

According to Ruth Wright Millar, author of Saskatchewan Heroes, and Rogues, Richard St. Barbe Baker enrolled in forestry programmes at Gonville and Caius College, Cambridge University, graduating in 1920. St Barbe set off with these papers in hand, as the Colonial Office assigned to St. Barbe a posting in Kenya as Assistant Conservator of Forests (ACF).

The puzzle is solved with a bit of “study and a quick and agile response!

“Yesterday was the happiest day of my life. Every new day that follows the previous day is happier and what better than this I can wish for my friend.  “I wish you health and strength of an oak, the long life of a redwood.” Richard St. Barbe Baker

Thank you very kindly. The Saskatoon Public Library provides a most excellent “Ask Us” reference service, indeed. As Gertrude Stein says, “Silent gratitude isn’t very much to anyone.

Feeling gratitude and not expressing it is like wrapping a present and not giving it. William Arthur Ward

“Learn from yesterday, live for today, hope for tomorrow. The important thing is not to stop questioning.” – Albert Einstein

“We forget that we owe our existence to the presence of Trees. As far as forest cover goes, we have never been in such a vulnerable position as we are today. The only answer is to plant more Trees – to Plant Trees for Our Lives.” ~ Richard St. Barbe Baker

“In the words of Henry van Dyke, America’s greatest tree poet,
‘He that planteth a tree is a servant of God;
He provideth a kindness for many generations
And faces that he hath not seen shall bless him.’ ”

“Any success for which I have been given credit has been the result of teamwork.” Richard St. Barbe Baker.