Those who knew Richard St. Barbe Baker, said that he was known as “St. Barbe” to his friends.

In discussing the legacy of Richard, St. Barbe Baker, founder of the two international movements, “Men of the Trees”, and “Children of the Green Earth”, a question often arises; “Is St. Barbe part of the surname?” 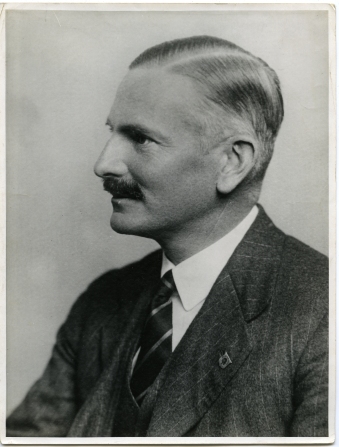 At the age of 57, Richard St. Barbe Baker married Doreen Whitworth Long of Strensham, Worcestershire, United Kingdom, on January 23, 1946. Doreen and St. Barbe had two children, Paul (b. 1949) and Angela (b. 1946). This marriage ended in divorce seven years later.

Those who knew Richard St. Barbe Baker, said that he was known as “St. Barbe” to his friends. If anyone has any further information about this, please email StBarbeBaker AT yahoo.com Thank you kindly.

What was Richard St. Barbe Baker’s mission, that he imparted to the Watu Wa Miti, the very first forest scouts or forest guides?  To protect the native forest, plant ten native trees each year, and take care of trees everywhere.

“We stand in awe and wonder at the beauty of a single tree. Tall and graceful it stands, yet robust and sinewy with spreading arms decked with foliage that changes through the seasons, hour by hour, moment by moment as shadows pass or sunshine dapples the leaves. How much more deeply are we moved as we begin to appreciate the combined operations of the assembly of trees we call a forest.”~Richard St. Barbe Baker